The art of Kempo, also written as Kenpo, is unique in its history in two respects; it is considered by many the first eclectic martial art, and its founding roots stretch back to 520 BC. The person who was a catalyst of the way of Kempo was a prince and warrior of southern India called Bodhidharma. According to the records of the Lo-Yang temple, Bodhidharma was a Buddhist monk under the tutelage of Prajnatara and it is presumed that upon his death bed that Prajnatara requested Bodhidharma to travel to China, where he felt the principles of Buddhism where in decline, and that the knowledge of dhyana (Zen koans) should be known. 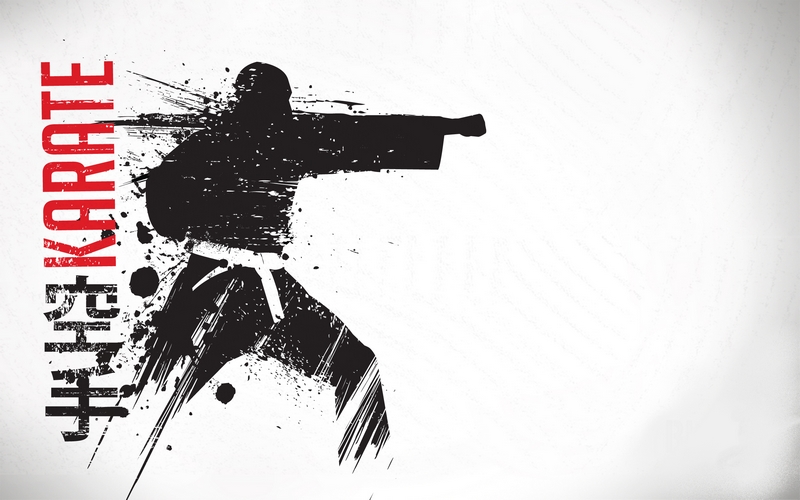 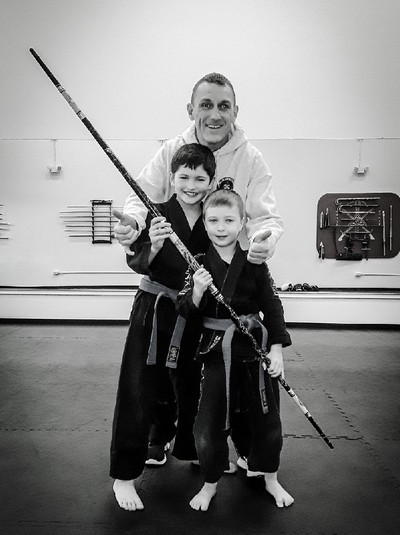 It is estimated that in 520 BC during the Southern dynasties that Bodhidharma entered China and traveled northward to the kingdom of Wei, where the fabled meeting with emperor Wu of the Liang dynasty began. This meeting was recorded due to the intense conversation and discussion of Buddhism and dhyana which took place there. The meeting was to no avail however, his words to the worldly emperor meant nothing. Frustrated by his attempts, Bodhidharma left the palace of the emperor and traveled to the Hunan province where he entered the Shaolin temple and began a martial history.

Bodhidharma
Bodhidharma’s depression grew once he reached the famed Shaolin temple, for Prajnatra’s stories were true. The monks where in poor condition physically, and were mentally diminished due to amount of time the monks spent in meditation with little other activity. So feeble was their condition that many of the monks would often fall asleep in meditation, while others needed assistance in the basic necessities of life.

For an unknown period of time Bodhidharma meditated in a cave at the outskirts of the temple seeking for a way to renew the feat of Buddha’s light, as well as letting the monks regain control over their lives. Upon his return Bodhidharma instructed the monks in the courtyard — from the strong to the feeble — and began to explain and work with them in the art of Shih Pa Lo Han Sho, or the 18 hands of Lo Han. These techniques, which are the foundation for almost all martial arts today, where never originally intended to be utilized as methods of fighting, but where a manner in which the monks could attain enlightenment while preserving there body’s health.

During the Sui period, approximately forty years or so after the death of Bodhidharma it is told that brigands assaulted the Shaolin monetary — one of many attacks that would occur until the early twentieth century. During this first invasion, the monk’s attempts to defend their temple where futile. Their skills had not been taught as fighting techniques and it looked as if the temple would fall. A monk of the temple, with reference only as the “begging monk”, during the last siege of the temple by the brigands, attacked several of the outlaws with an array of aggressive hand and foot techniques, killing some and driving the remaining attackers away. The other monks where so inspired by the display of this single priest that they requested tutelage in this martial style as a means of protection. In later scripts this fighting art was recorded as Chuan Fa or Fist Method.

Over the next several decades the fighting arts of the Shaolin Temple grew. Over 400 arts in total were said to have been developed in the following centuries. Several decades after the fight of the begging monk, a master of Chuan Fa called Ch’ueh Taun Shang-jen was said to have rediscovered the original Shih Pa Lo Han Sho which had been lost for many years. Ch’ueh over a period of time integrated his art of Chuan Fa with that of Lo Han increasing the total number of techniques from the original eighteen to total of seventy-two. For several years after this period, Ch’ueh traveled the country side of China promoting his art in grueling fighting matches. Then he came upon a man named Li in the province of Shensi. Li, a master of Chuan Fa as well as other martial ways, traveled and trained with Ch’ueh developing the curriculum of Chuan Fa to form a total of one-hundred and seventy techniques. Furthermore, they categorized these techniques into five distinctive groups distinguished by various styles. Upon their return to the Shaolin temple to which both Li and Ch’ueh belonged, they presented to the other monks wu xing quan, the form, and brought to the Shaolin temple a new stage in martial arts evolution.

Over the next several centuries, the history of Chuan Fa and the advent of Kempo is ragged, and it is difficult to gain accurate descriptions. What is known, is that the art of Chuan Fa remained and is still practiced in China, but its teaching also found its way to Okinawan Islands and the Ryukyu kingdoms as well as Japan. In both places, the aft was referred to as Kempo or Law of the fist. Between the Sui and Ming periods (an 800 year gap) it is thought that many wandering monks traveled across Japan and Okinawa bringing with them a working knowledge of the art of Kempo which would explain its widespread distribution. The art of Chuan Fa, which became Kempo would have been taught as a supplement to the daily spiritual training the monks endured. Many of the monks would often choose disciples, or teach at various Buddhist temples bringing forth the word of Buddha, using the power of Chuan Fa. From there the art of Kempo could have easily spread among the commoners and nobles alike.
Another possibility in the founding of Kempo, may be seen in the numerous trips the Japanese and Okinawans made to China to learn the fabled art of Chuan Fa. Some people would disappear for many years, presumed dead by their families, only to resurface as a master of Kempo and other martial arts. One such man was named Sakugawa. Sakugawa lived in the village of Shuri on the island of Okinawa and traveled to China during the 18th century to learn the martial secrets of the Chuan Fa masters. For many years Sakugawa had not been seen, and many believed he had died in his journeys. But after much time he did return, much to the surprise of his kin. Sakugawa had learned the secrets of Chuan Fa and had become a master of some repute himself. Over many years of refinement the art Sakugawa had learned slowly was renamed to Shuri-te and is considered the predecessor to many forms of modern Karate.

Another member of Shuri, Shionja, also traveled to China as Sakugawa did, but on his return in 1784 brought with him a Chinese companion named Kushanku. Both men brought with them the art of Chuan Fa, which they had studied together in China and then began to demonstrate around Okinawa. It is believed that Kushaku and Shionja had the greatest influence in Okinawan Kempo styles.

Unfortunately, the evolution of Kempo in Japan is just as abrupt and mysterious although a flurry of attention to the art was brought during the ruler Hideyoshi Toyotomi’s plans for conquering China. It is thought that many a samurai on their return from China, whether during or after the war, brought with them extensive knowledge of Chuan Fa.Throughout the years, they modified it to include their own arts of Jujitsu and Aikijutsu and it is at this state where the greatest evolution of Kempo takes place since the time of Li and Ch’ueh.

At the beginning of the seventeenth century two families, Kumamoto and Nagasaki, brought knowledge of Kempo from China, to Kyushu in Japan. This art was modified throughout many years into its current form which is referred to as Kosho ryu Kempo, or Old Pine Tree school. It is from this that most modern forms of Kempo are derived. In 1916, at the age of five, James Mitose was sent to Kyushu from his homeland in Hawaii for schooling in Japan. For fifteen years he studied this art which was a direct descendent of the original Chuan Fa. After completing his training in Japan, Mitose returned to Hawaii and in 1936 opened the “Official Self-Defense” club in Beretania mission in Honolulu. It was here that the five major Kempo influences; Thomas , William Chow, Edmund Howe, Arthur Keawe and Paul Yamaguchi would study, and bring Kempo to the world.

In 1934, before Mitose’s return to the United States, the term Kempo-Karate was first used. In an issue of Yoen Jiho Sha newspaper was advertising a visit by Chogun Miyagi, a famous karateka and founder of Goju Ryu Karate Do, to the island of Hawaii. The use of the two terms is under speculation. Some suspect it was simply an advertising scheme while others believe that Chogun Miyagi’s Goju Ryu was actually a pure form of Kempo, and that the term karate was simply more well known.

William Chow is perhaps responsible for the largest leap of Kempo to the general public. William K. S. Chow studied Kempo under Mitose for several years and previously had studied his family art of Kung Fu. Chow united, like many Kempo masters before and after him, the arts of Kosho Ryu Kempo and his family Kung fu to form a new art which would eventually be referred to as Kara-Ho Kempo. In 1949, Chow had attracted a number of students to his own teachings and opened a dojo of his own at a local YMCA. To make a distinct variation from Mitose’s Kempo, Chow referred to his art as Kenpo Karate. Throughout the next few decades Chow made many innovations to the system including the use of circular techniques of his Kung Fu, as well as various kata or forms based on the primary linear and circular techniques of his art.

One of Chow’s most promising students was a Hawaiian native named Edmund Parker. Ed Parker, was a highly significant figure in the current tale of modern Kempo. For he showed it to the world as well as molding it into its current form. In 1954 Edmund Parker earned his black belt in Kara-ho Kempo and two years later became a household name, teaching his art to the likes of Elvis Presley, and Steve McQueen. Ed Parker further refined and defined the techniques of Kara-ho Kempo until he perfected his American Kempo Karate system. Ed Parker is often referred to as the father of American Karate.

From here, Kempo and its other forms take many twists and turns, constantly evolving into new states of being.